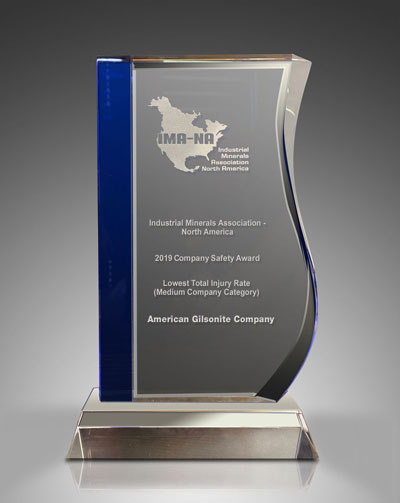 American Gilsonite Company has received the mining industry’s highest safety award for its accident-free operations throughout 2019. The Safety Achievement Award from the Industrial Minerals Association – North America (IMA-NA) was presented at the association’s virtual annual meeting on September 22, 2020.

Noting the importance of the award, Smith added that the safety recognition awards program is run in cooperation with the U.S. Department of Labor’s Mine Safety and Health Administration (MSHA). “The safety performance of these IMA members is truly inspiring,” said IMA-NA President Mark Ellis. He took special note of the performance of American Gilsonite Company, emphasizing, “Medium Category Honoree American Gilsonite Company had zero injuries while working 178,957 employee hours, for an injury rate of 0.00 per 200,000 employee work hours. To put that in perspective, the injury rate for all metal and nonmetal mines in 2019 was 1.72.” 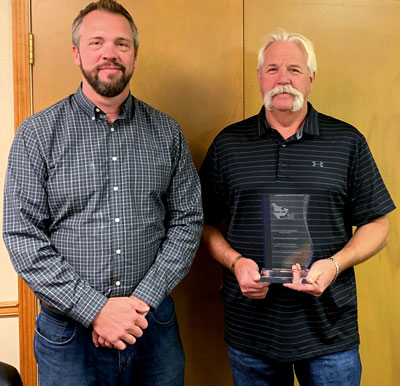 Wilhite said, “All of us at American Gilsonite in Bonanza, Utah, and in Houston, Texas, appreciate this award. I would like to thank IMA-NA for recognizing our men and women for their dedication to working safely.”

Further explaining the company’s record of operational safety, Lott added, “Although this is a recognition of 2019, American Gilsonite Company has achieved over four years without a lost time injury.  Mike Wilhite and the other supervisors at the operations have worked hard to create a culture that focuses on collaboration and frequent participation with the employees.”

“Not only have these efforts resulted in a good safety record, but they have also provided a positive work experience for the employees that resulted in strong leadership and an improved operational efficiency,” Lott continued. “We are very appreciative of the culture that has been created and look forward to continued improvements towards the health and safety of our employees.”